Technical Presentation on Water Managment & Controls by TECHNOMATICS-DOROT at Goa 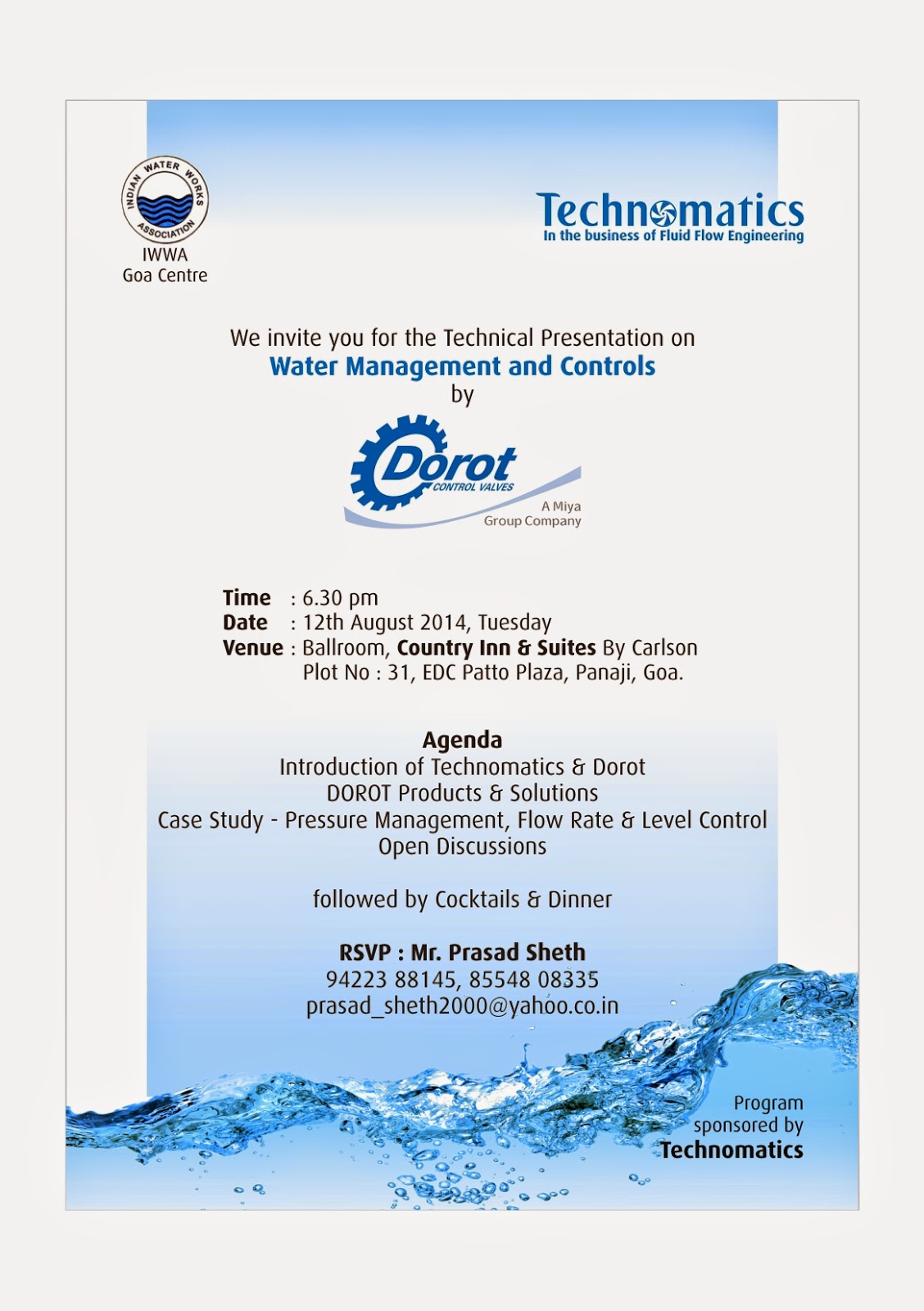 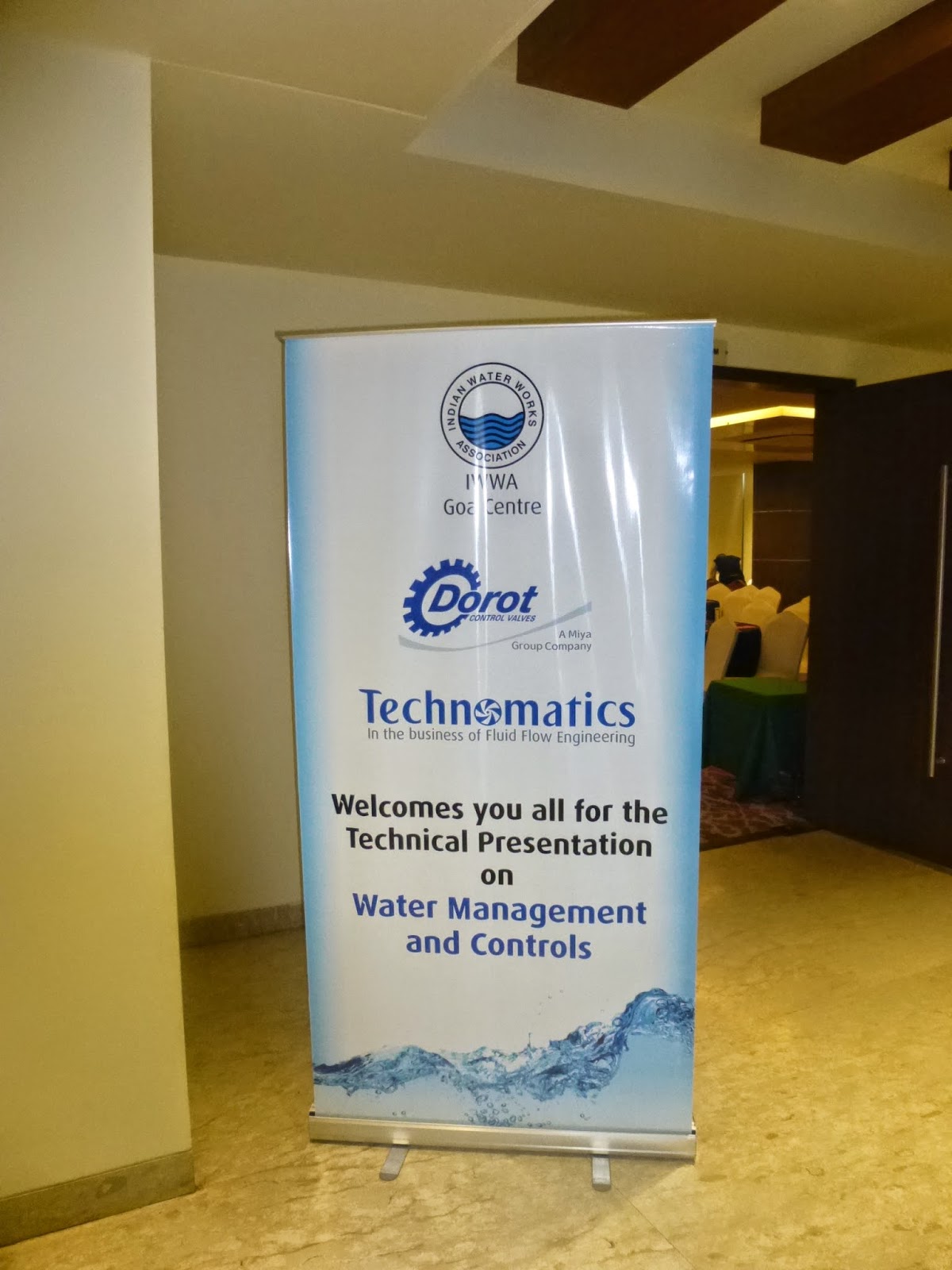 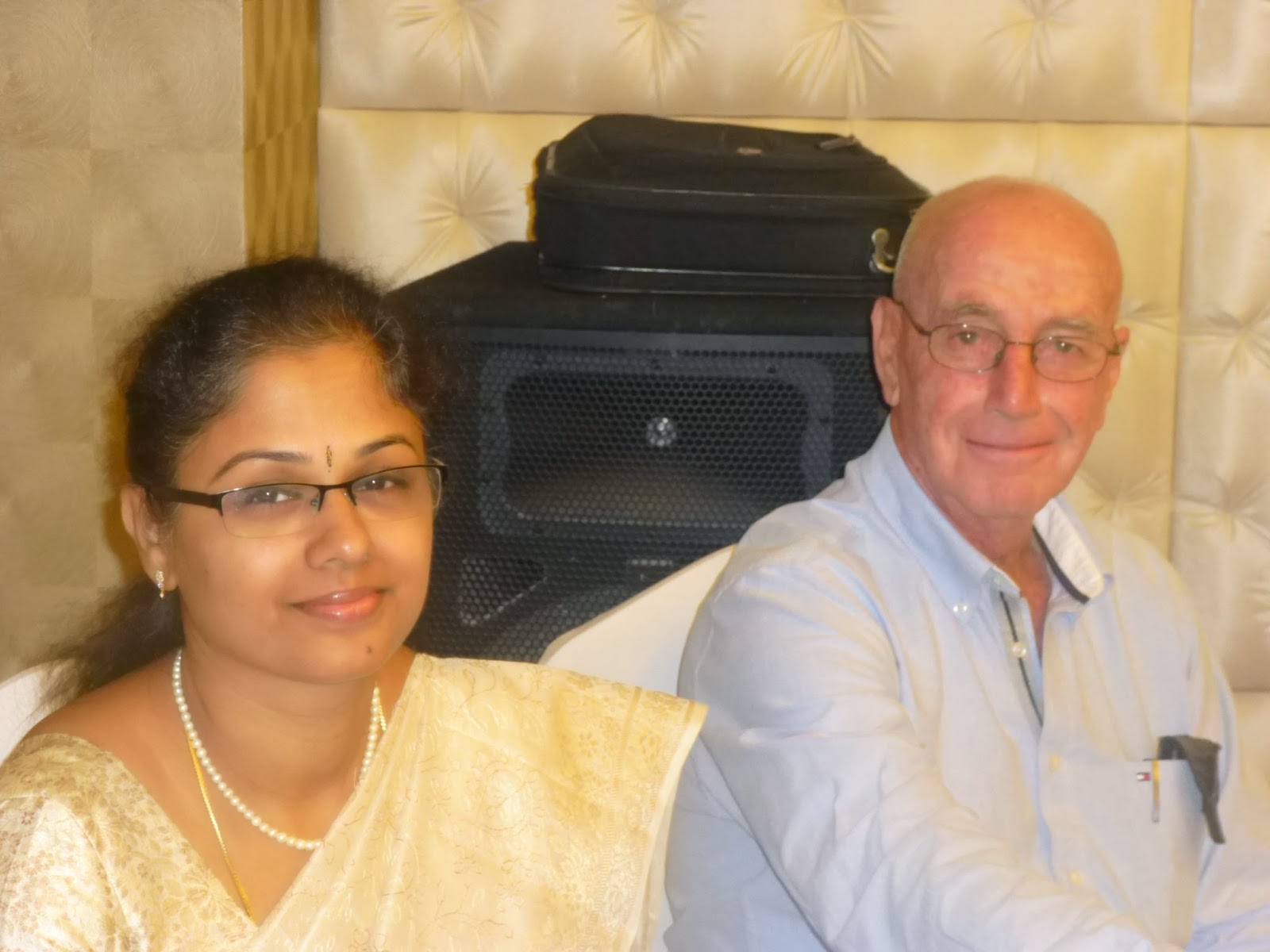 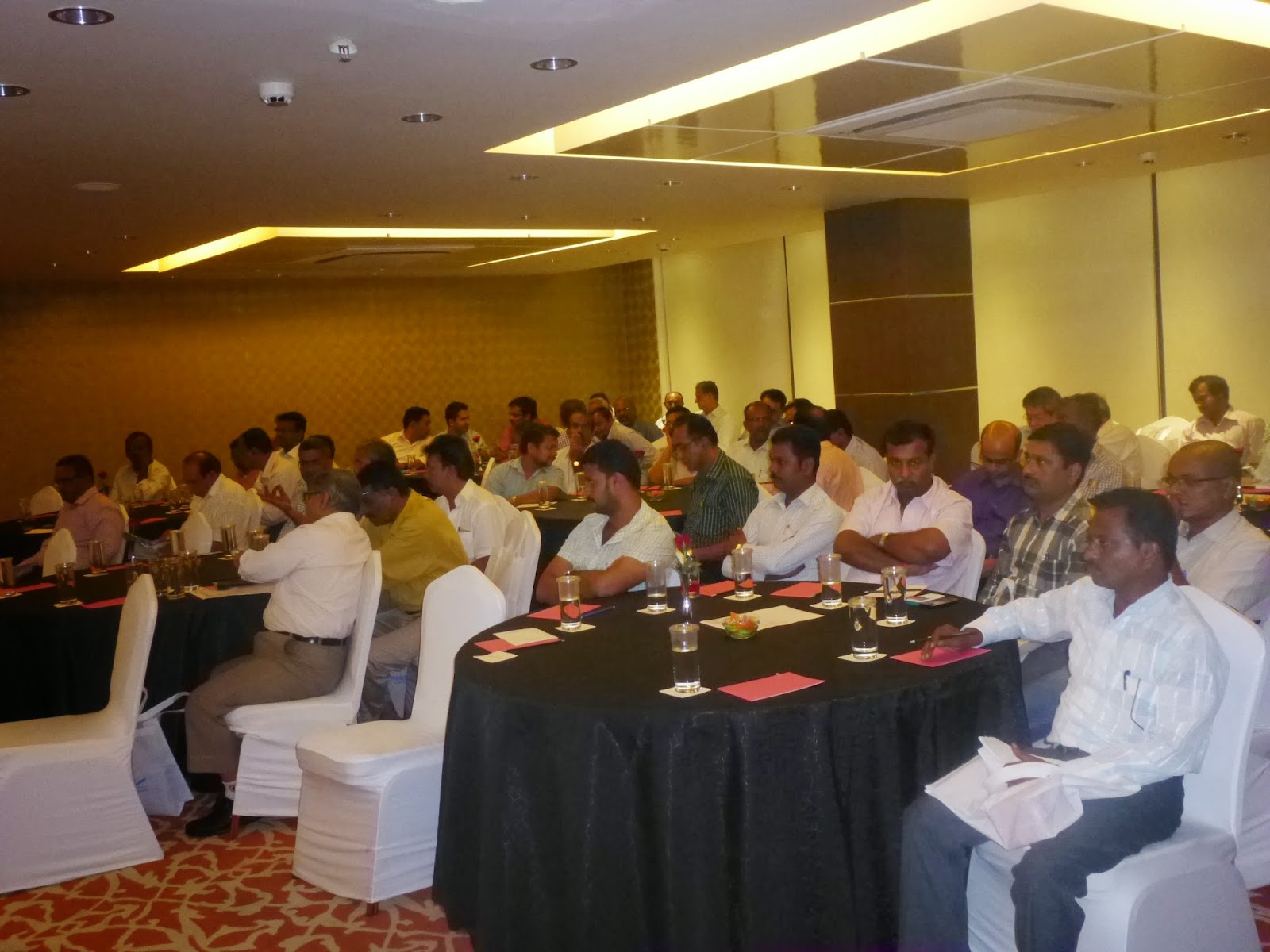 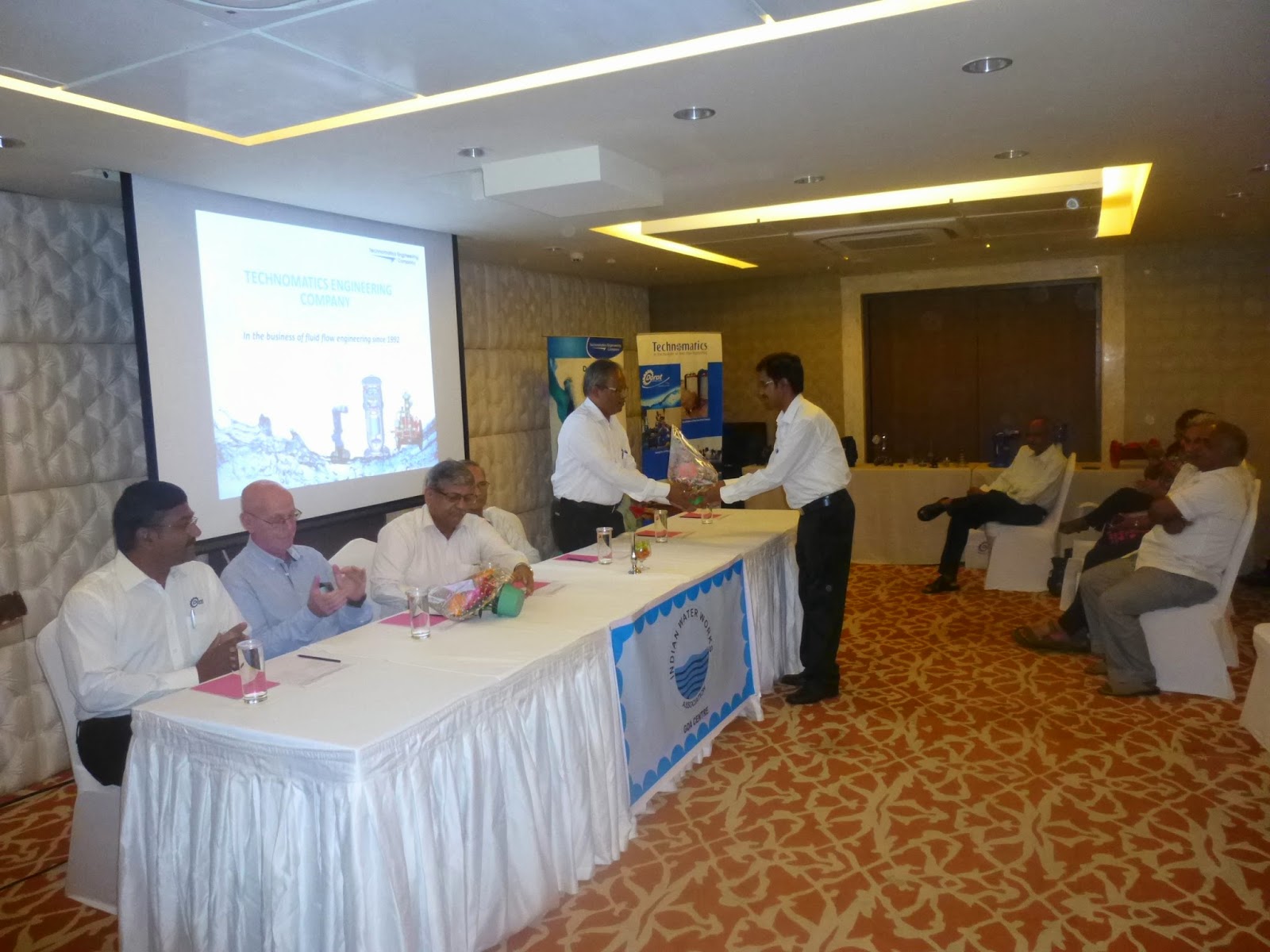 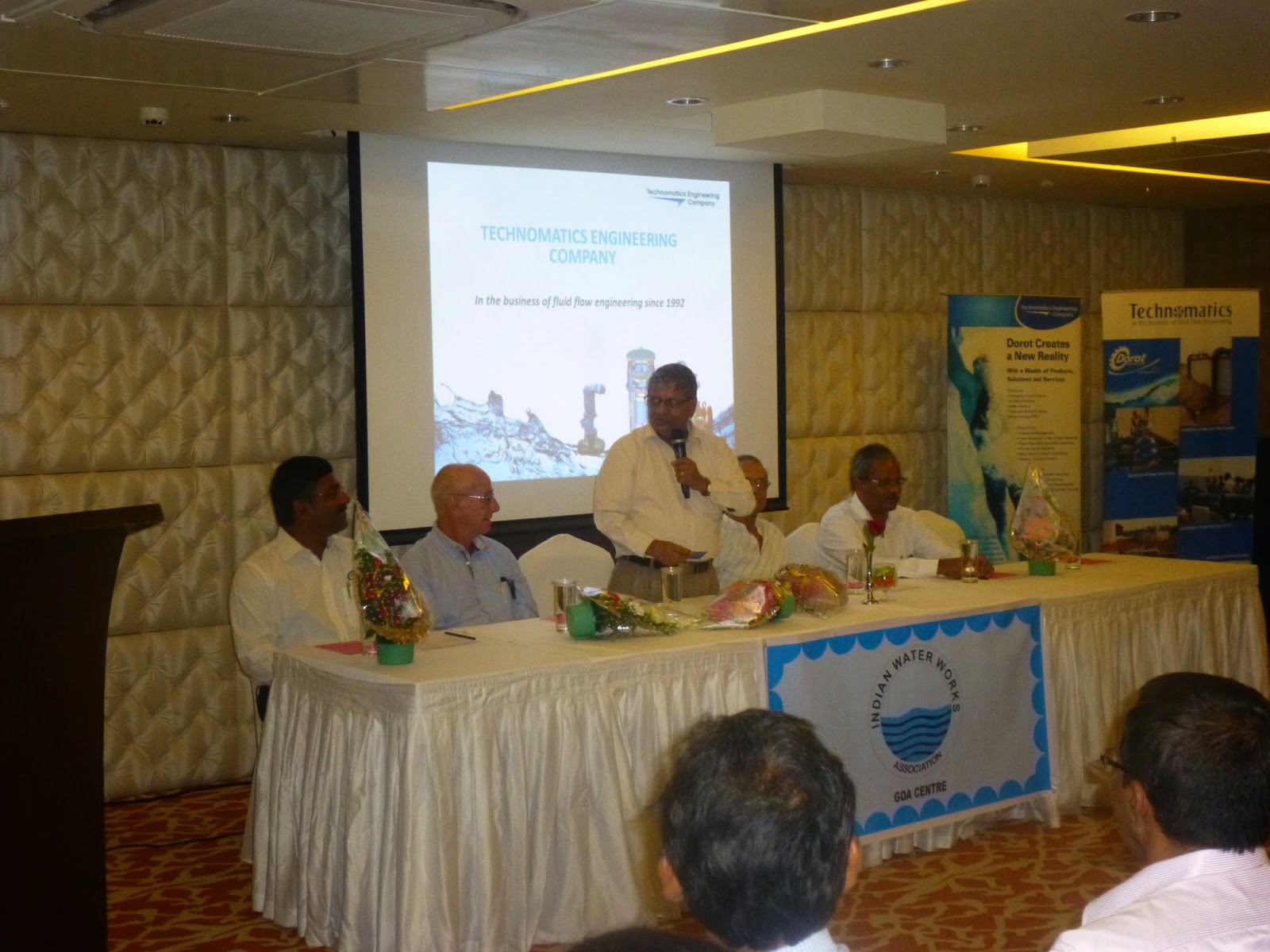 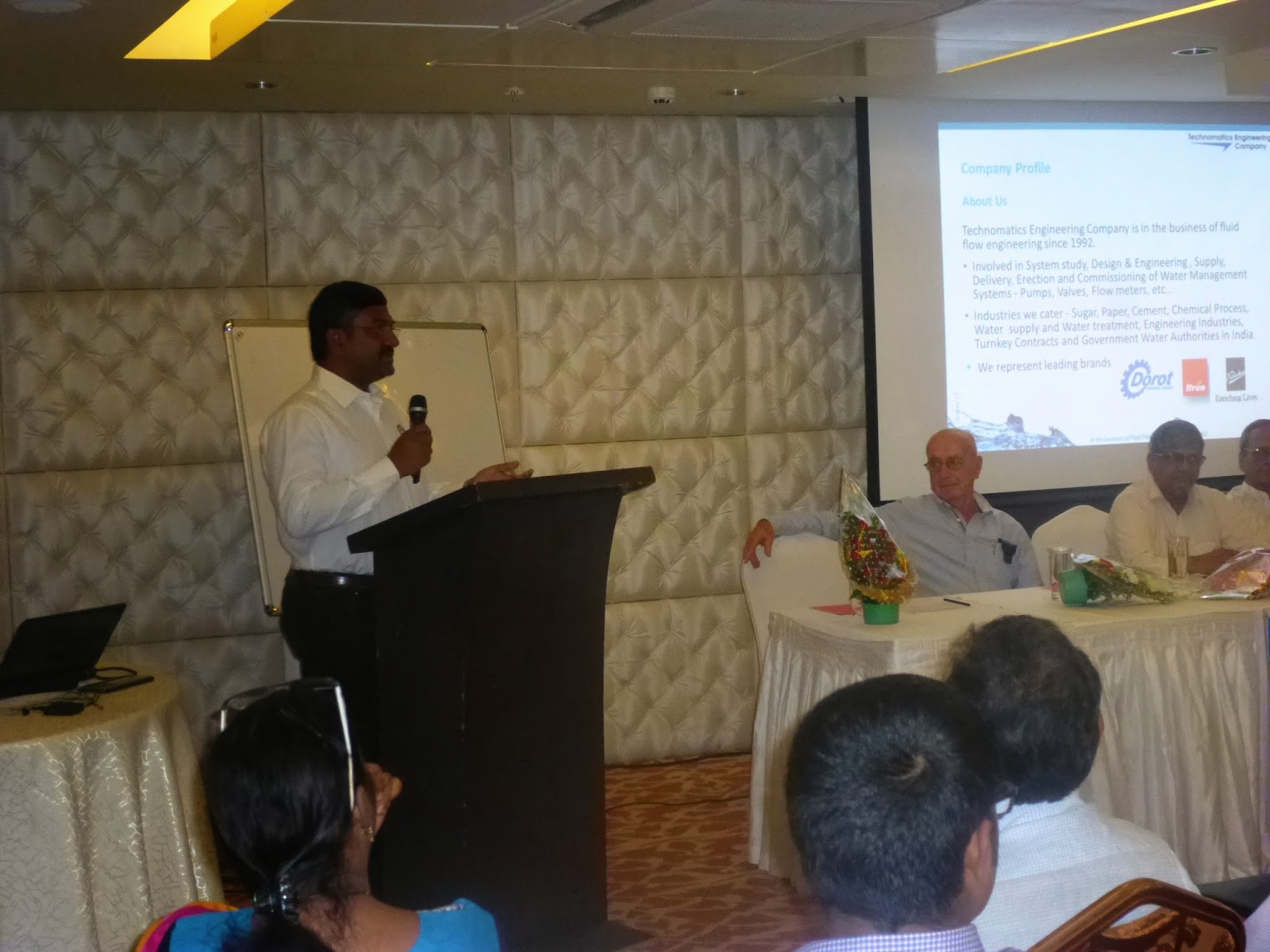 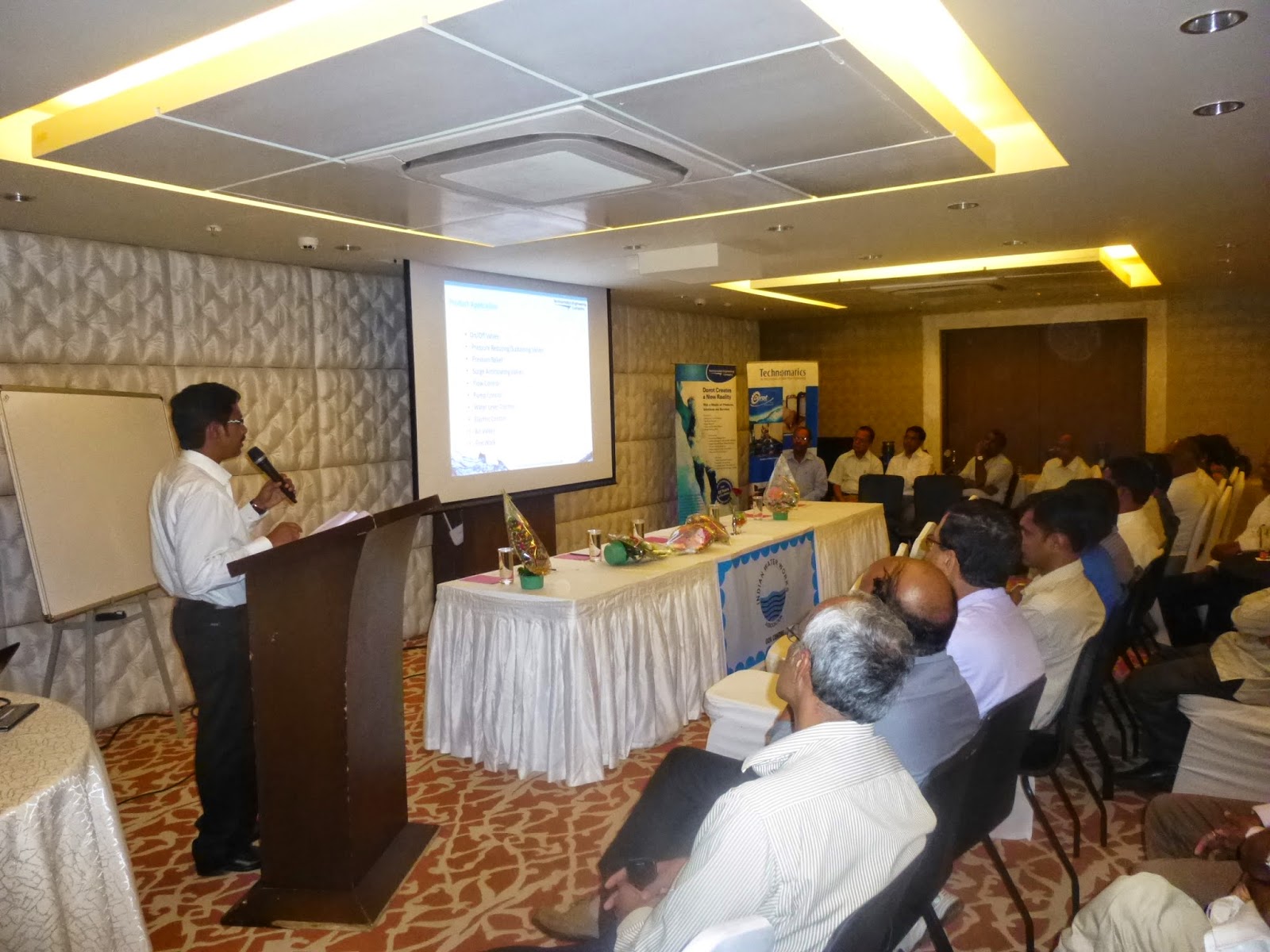 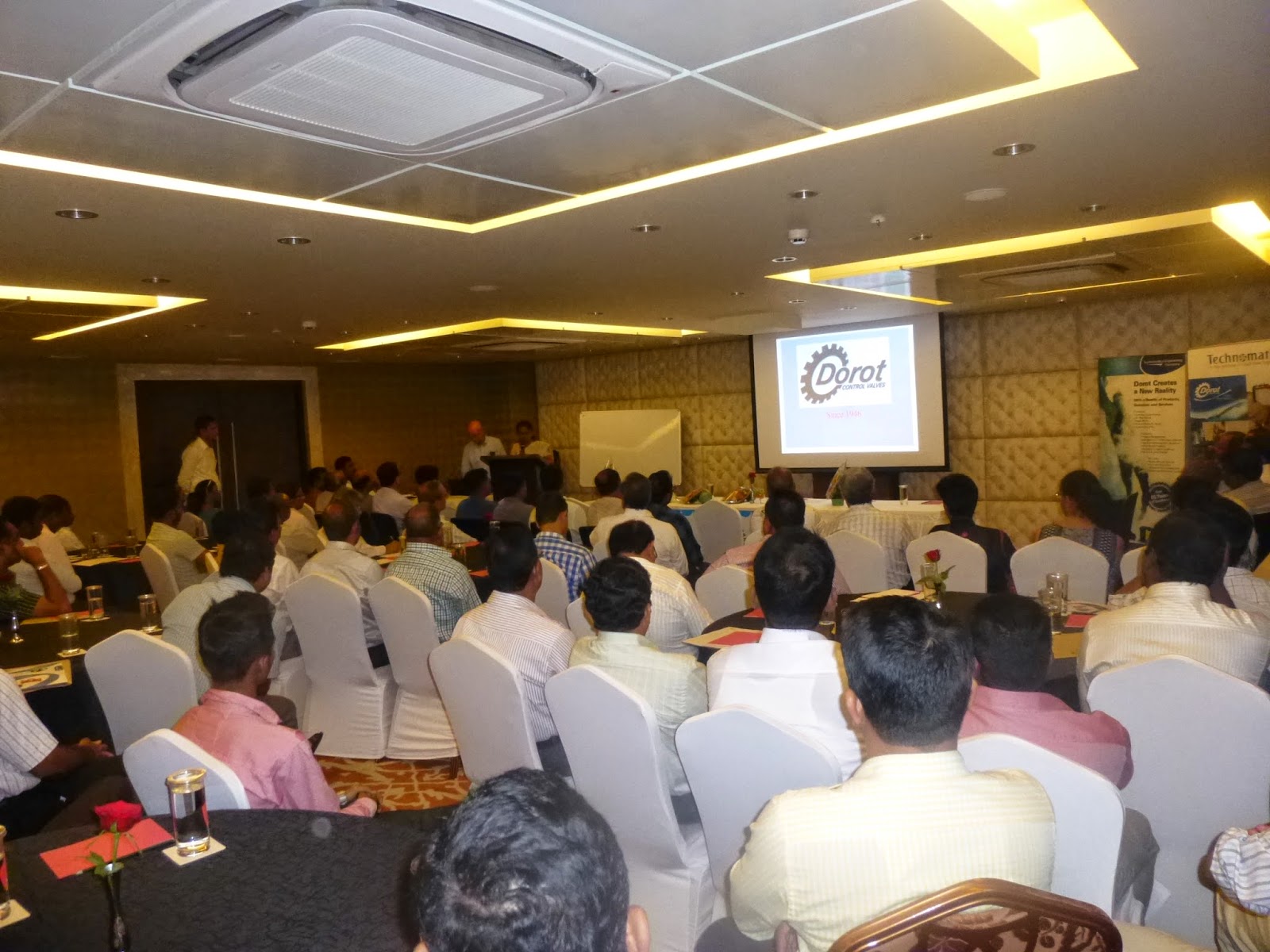 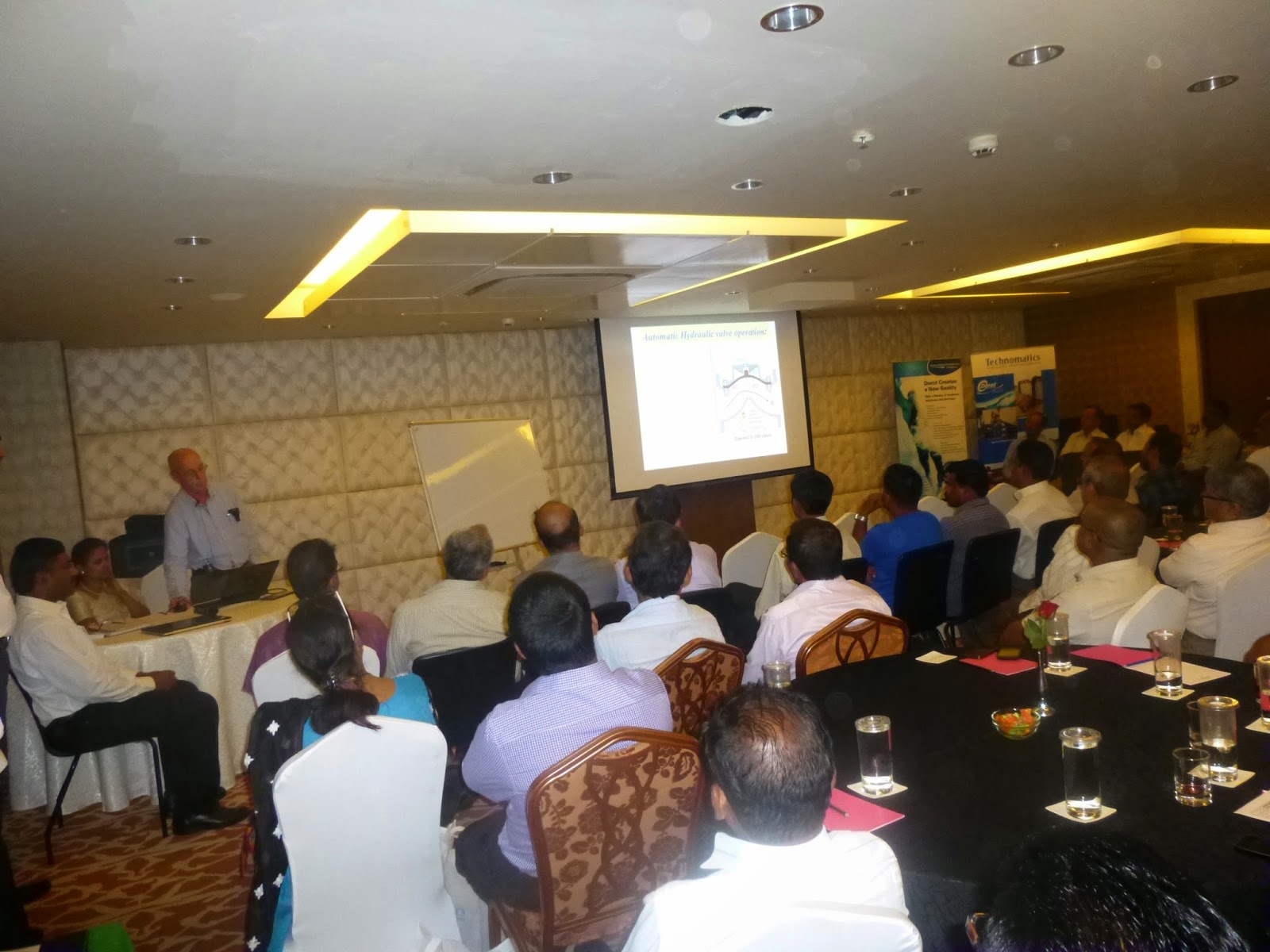 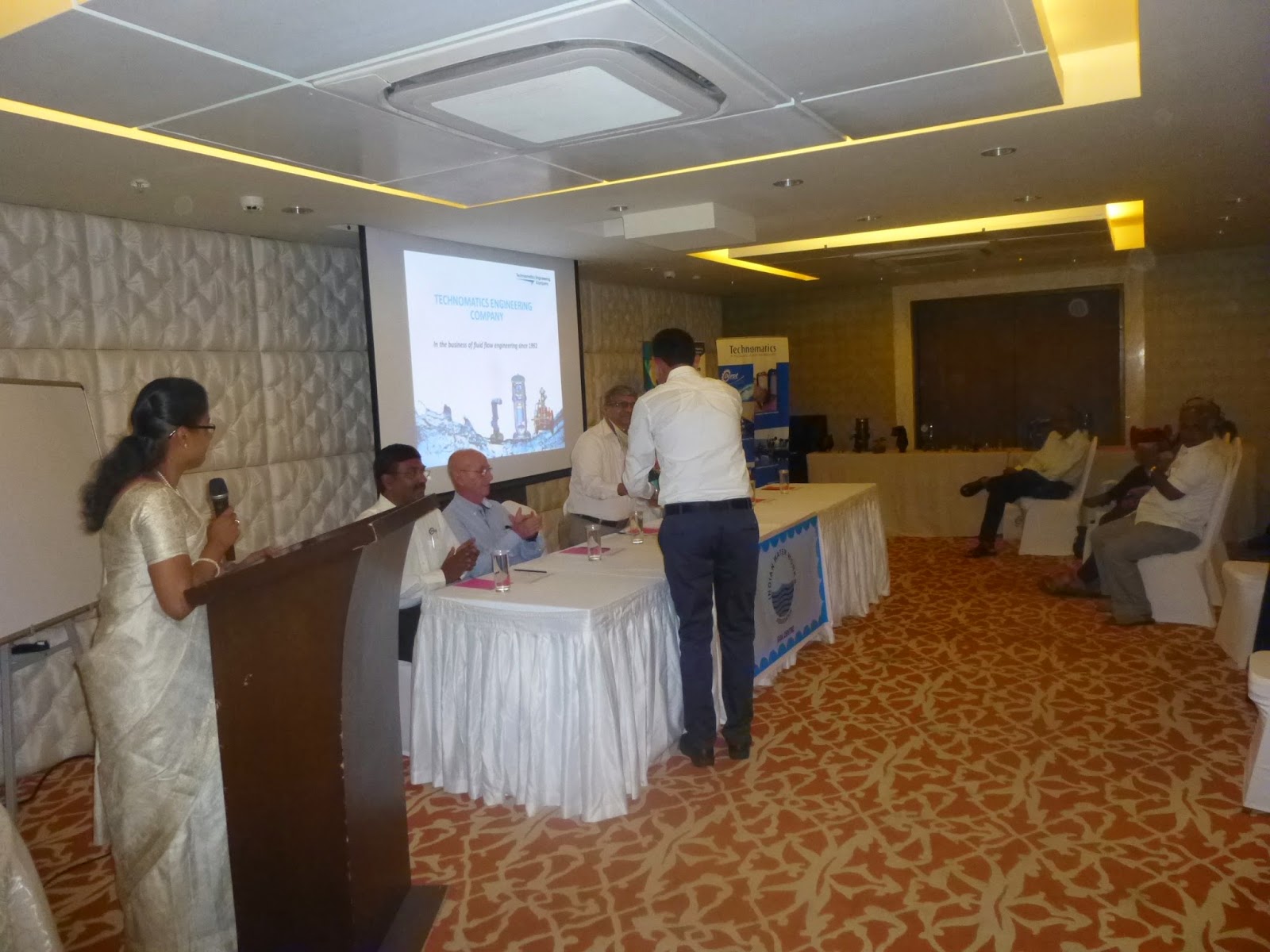 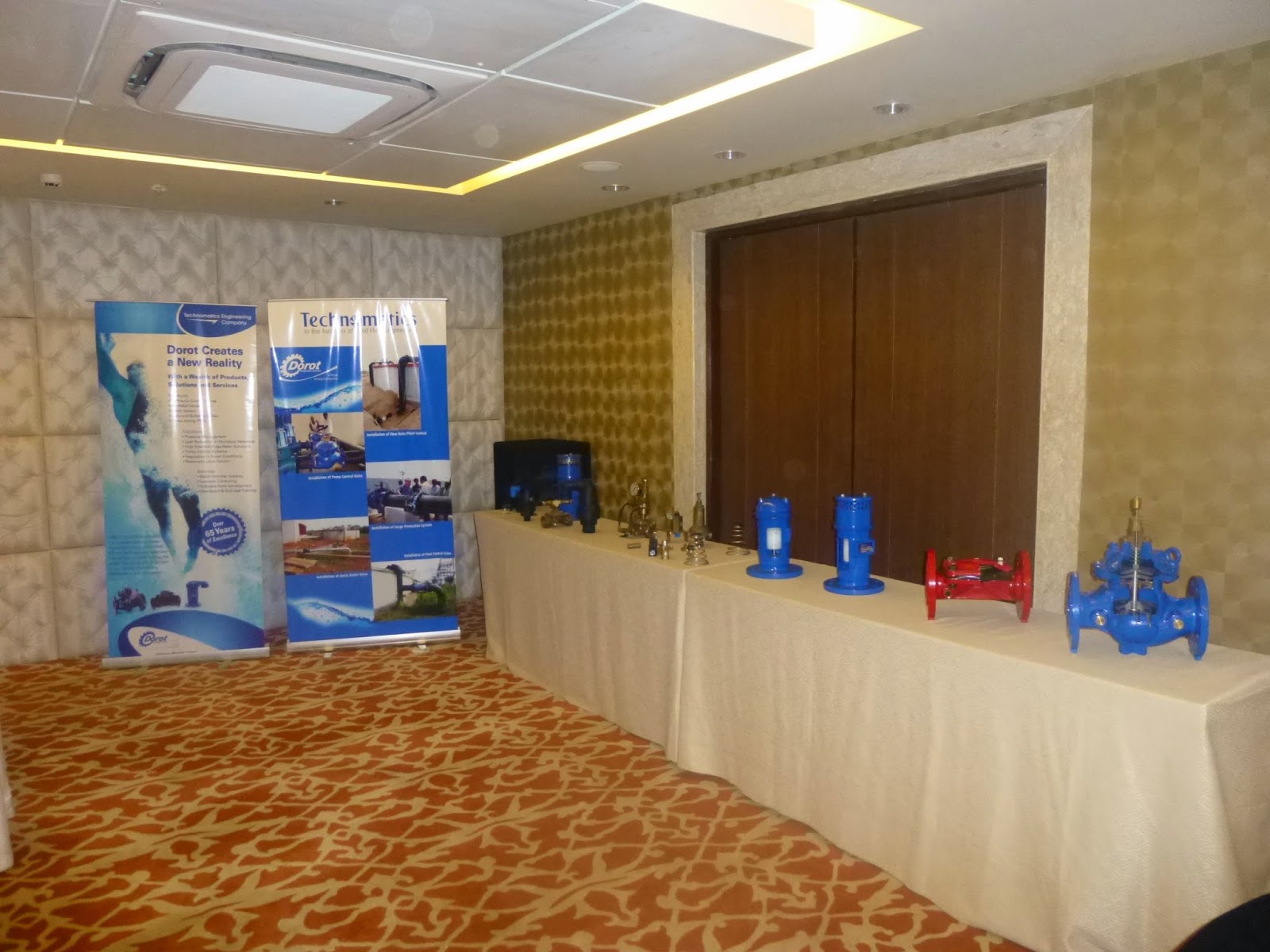 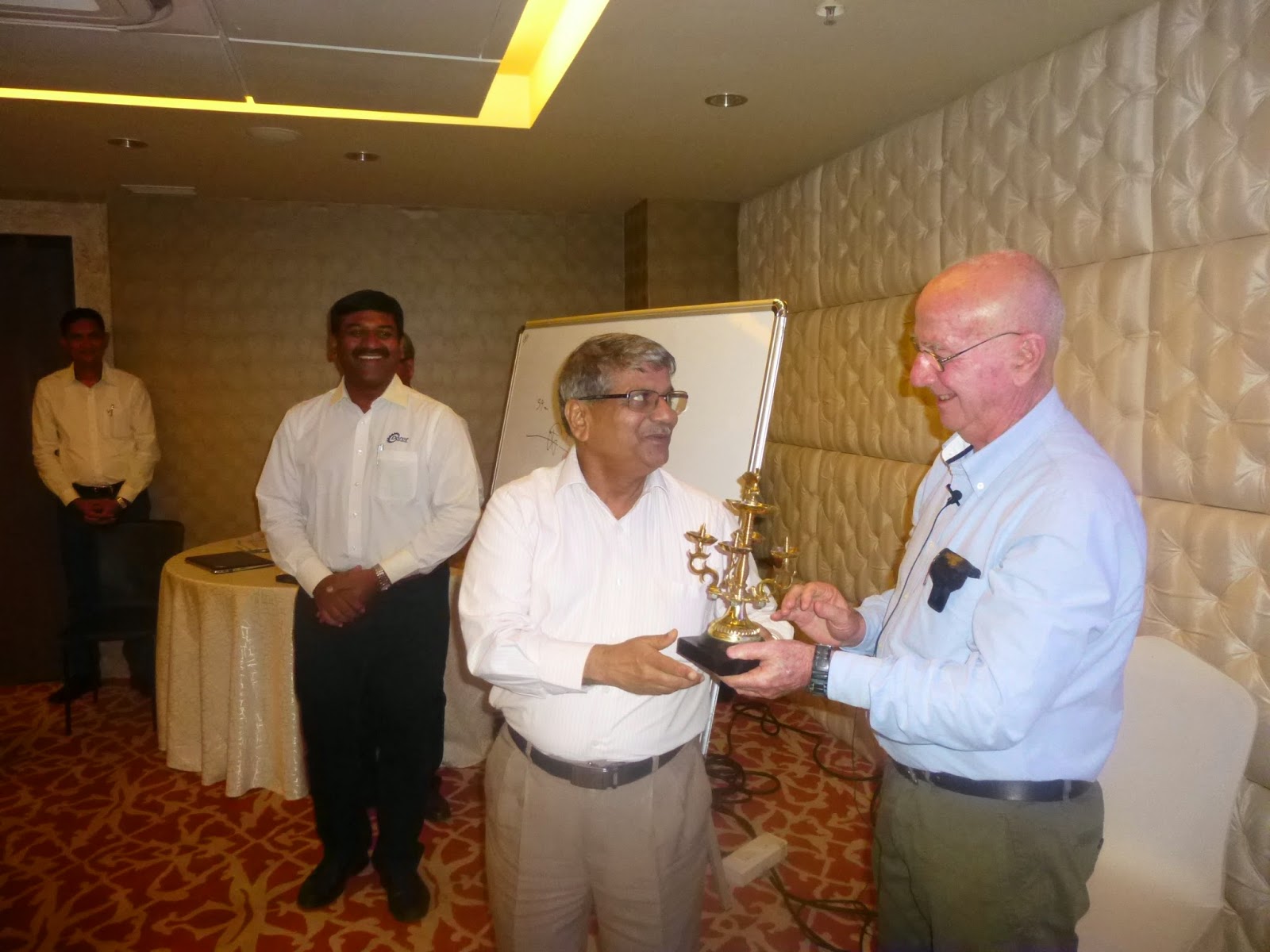 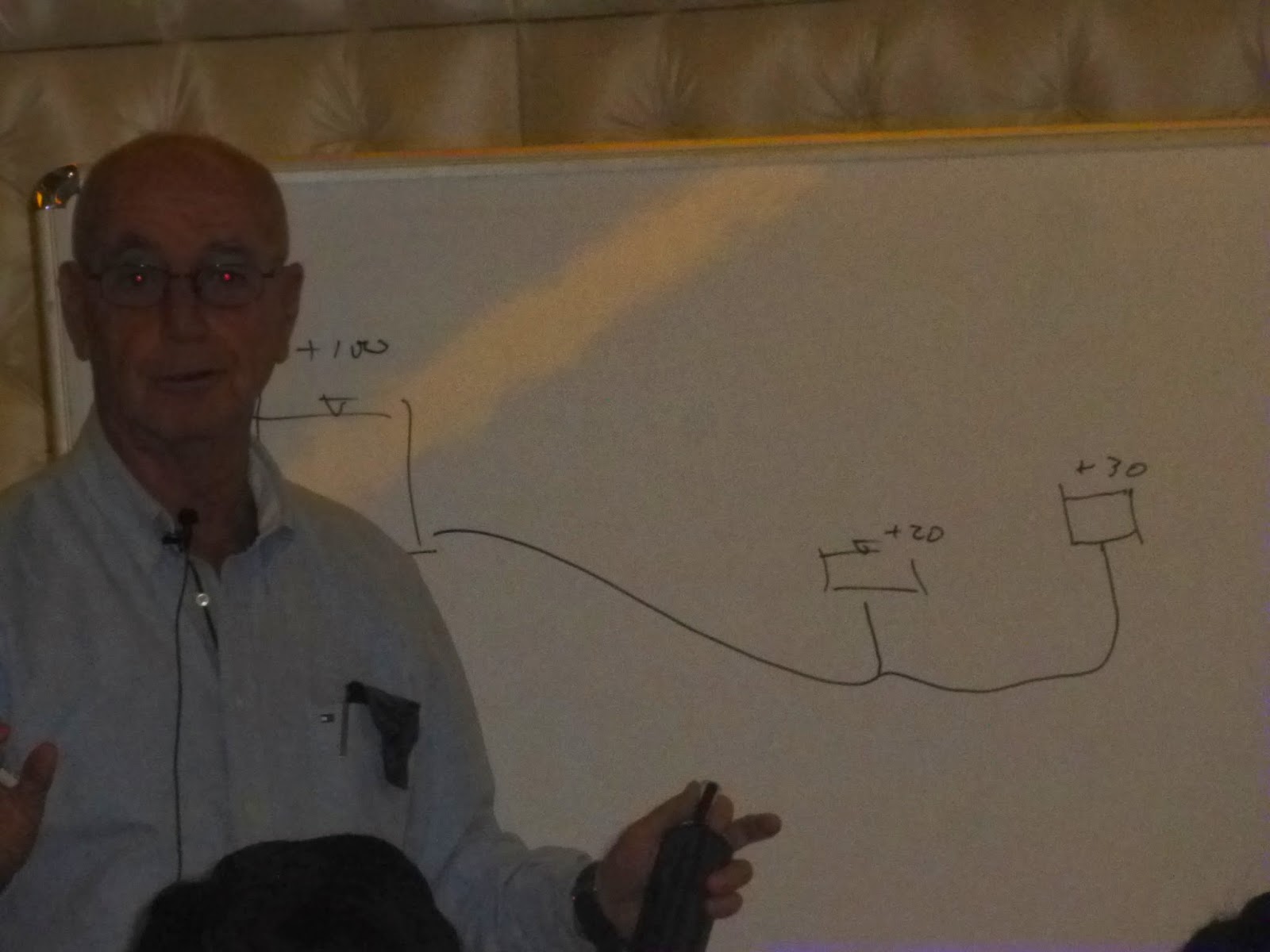 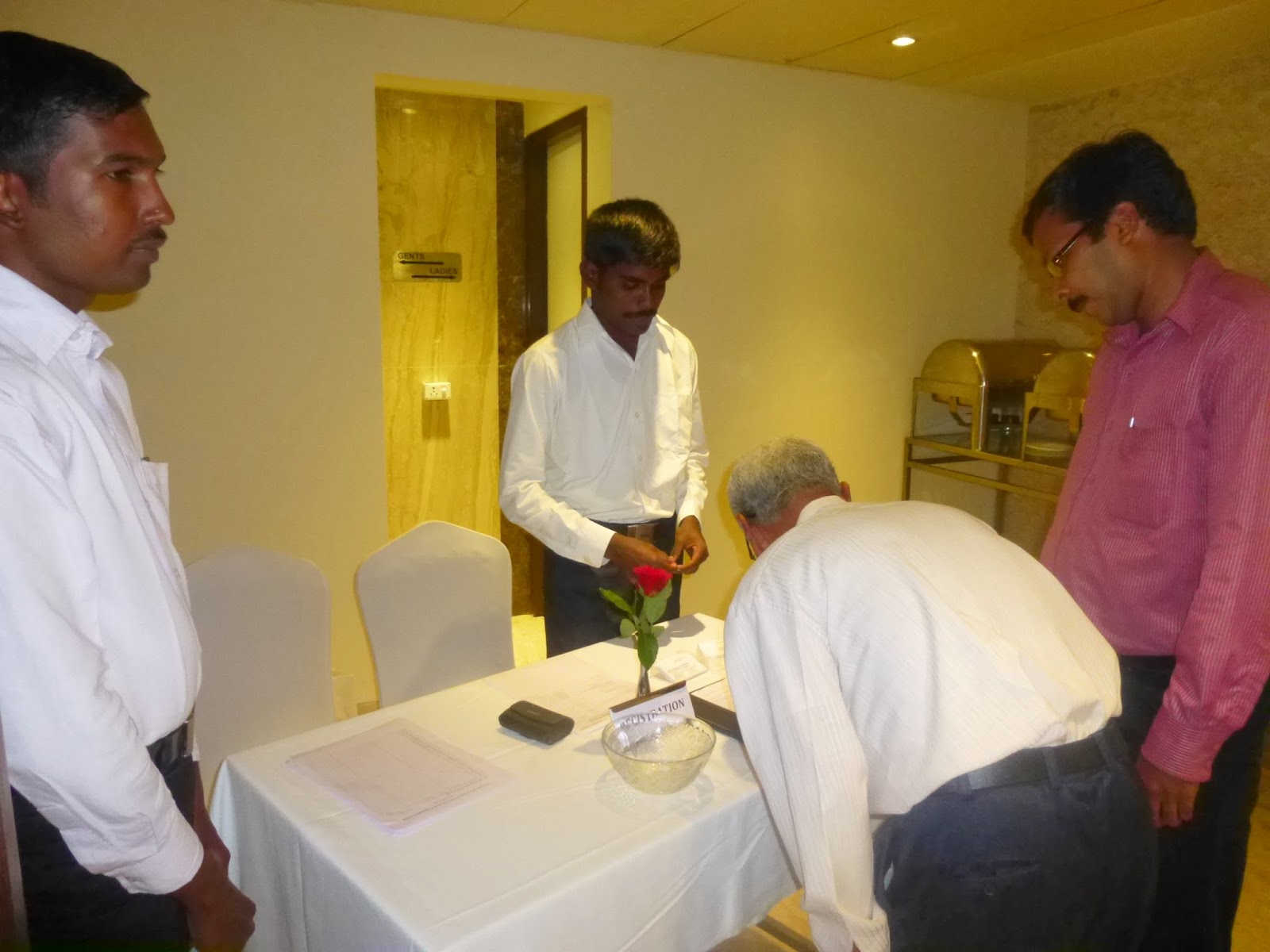 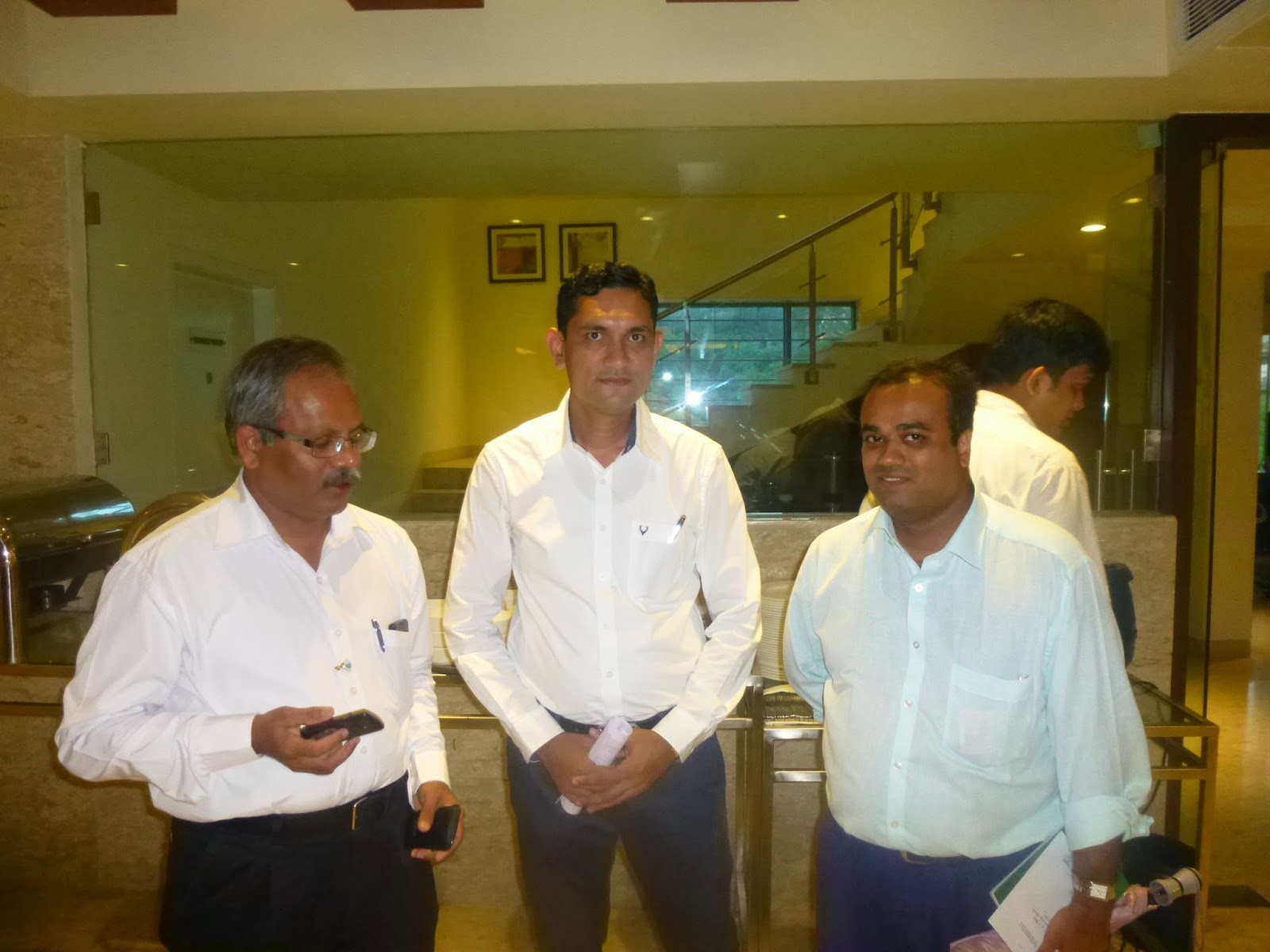 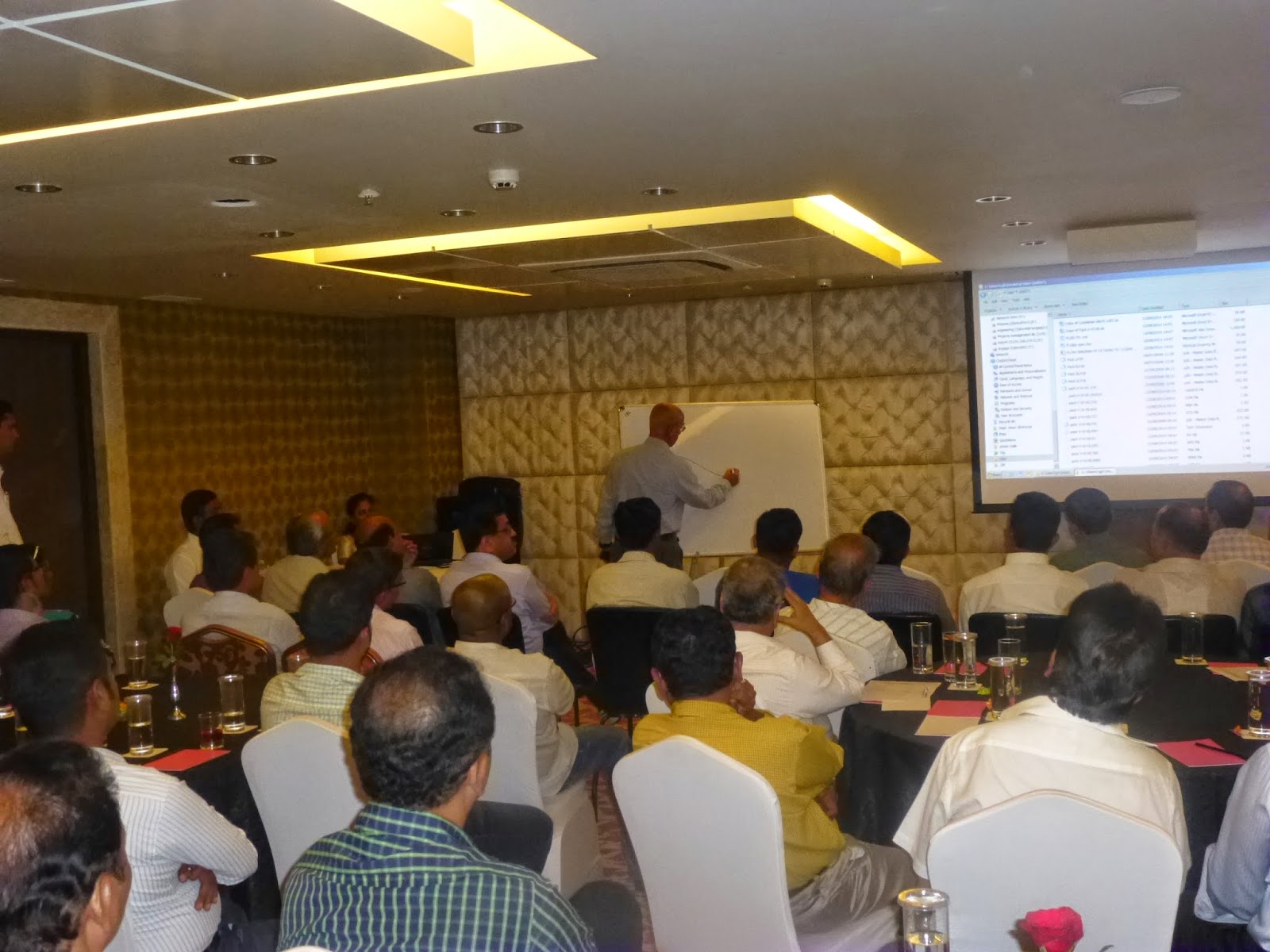 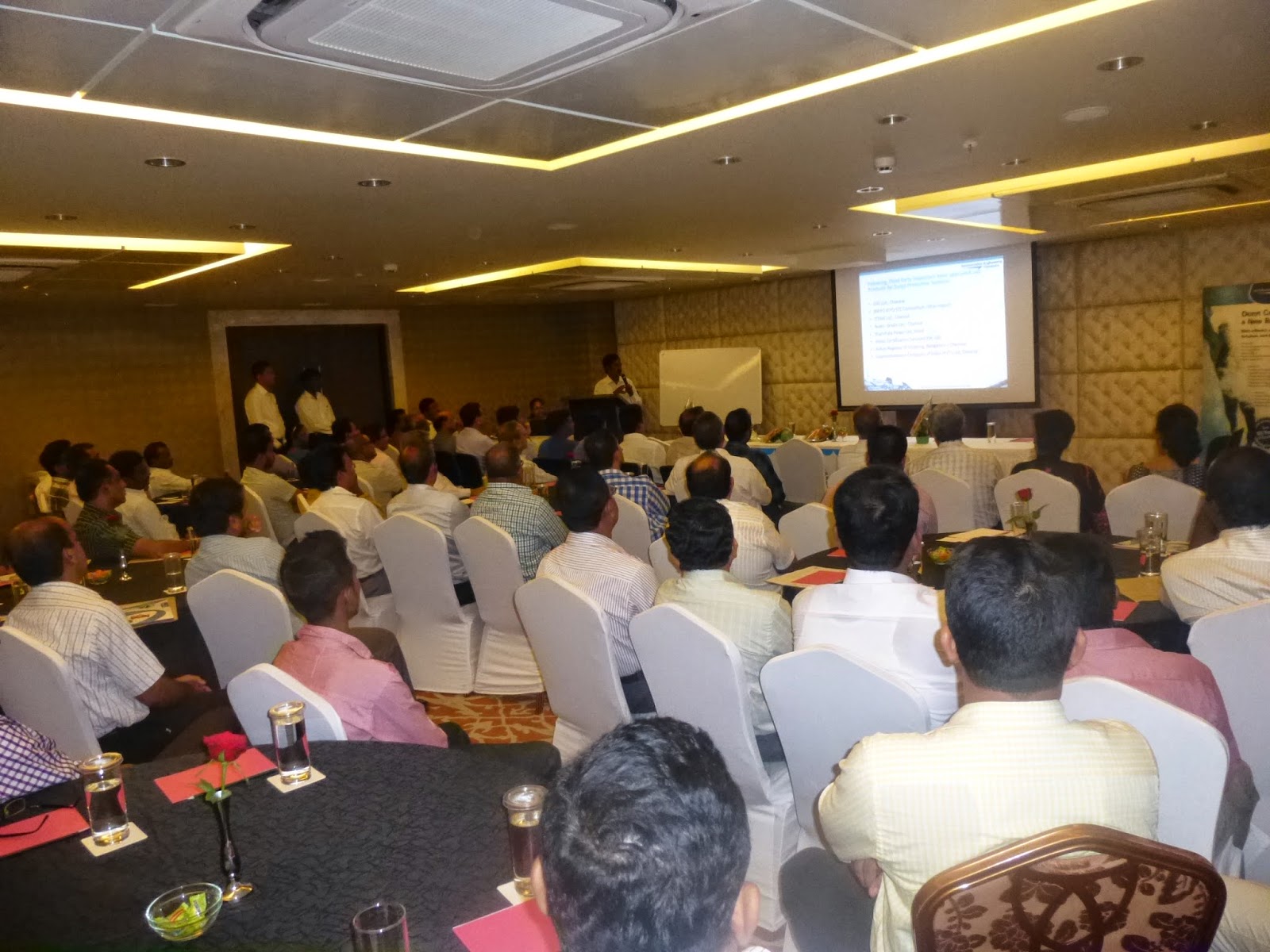 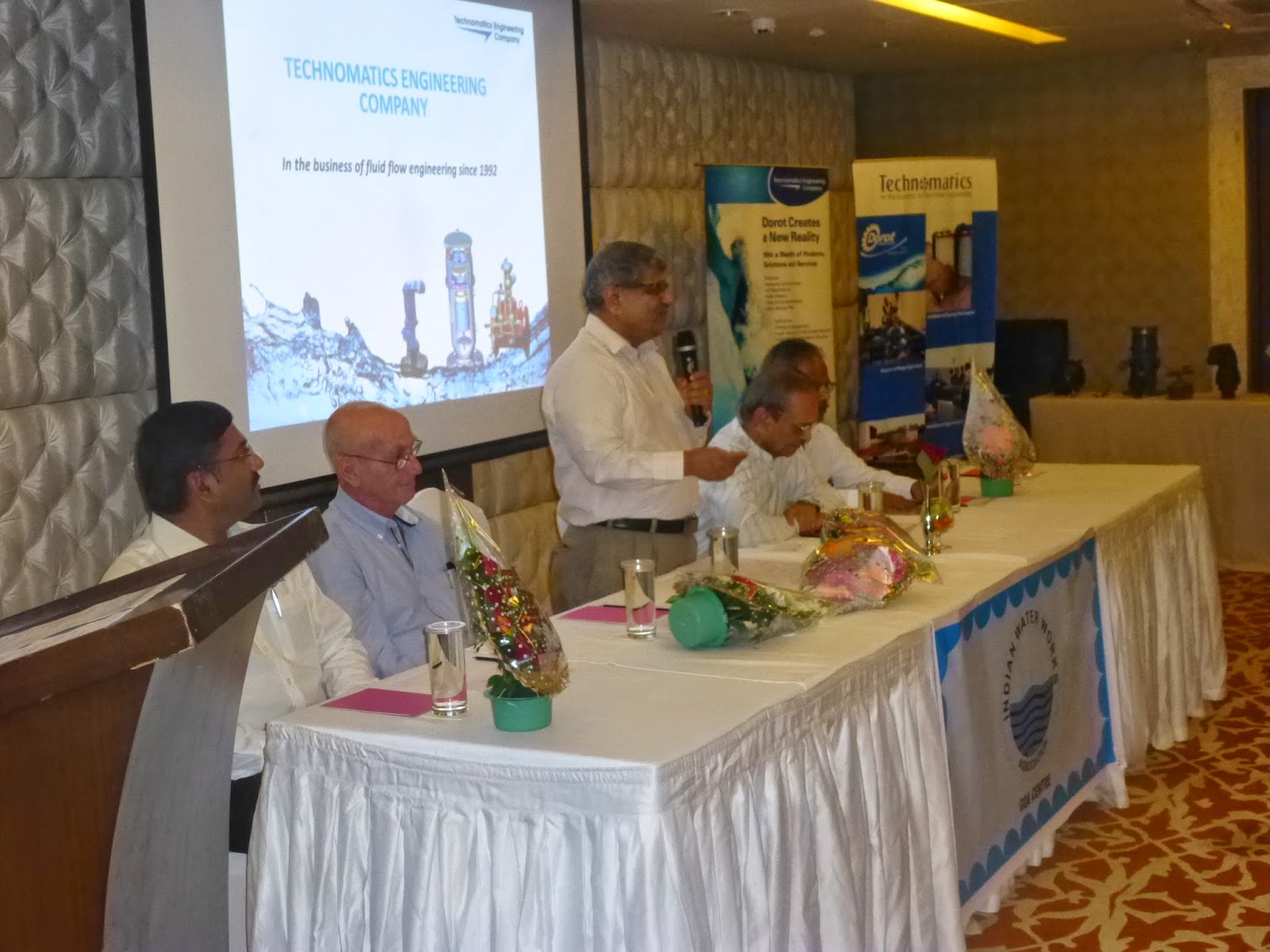 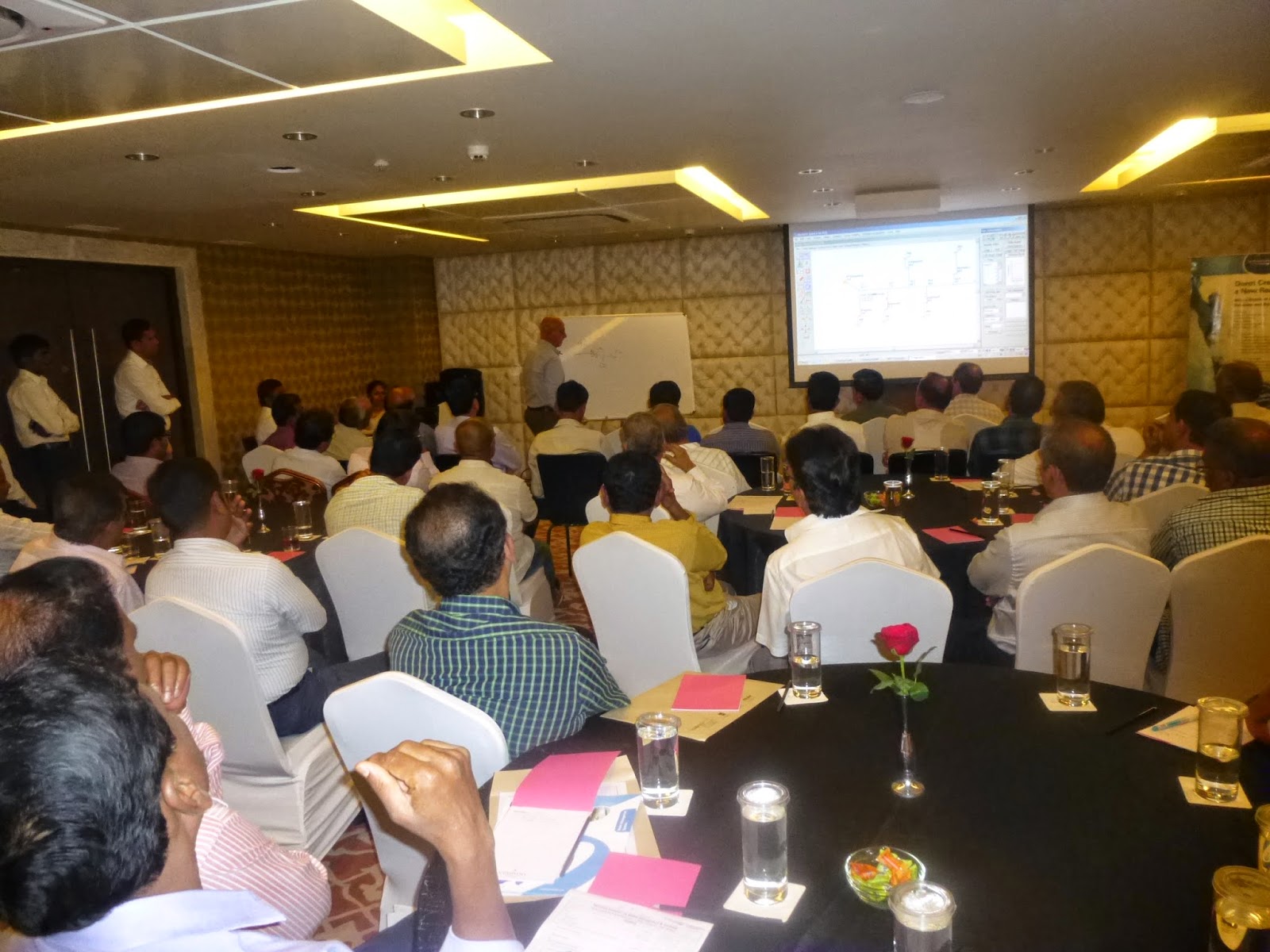 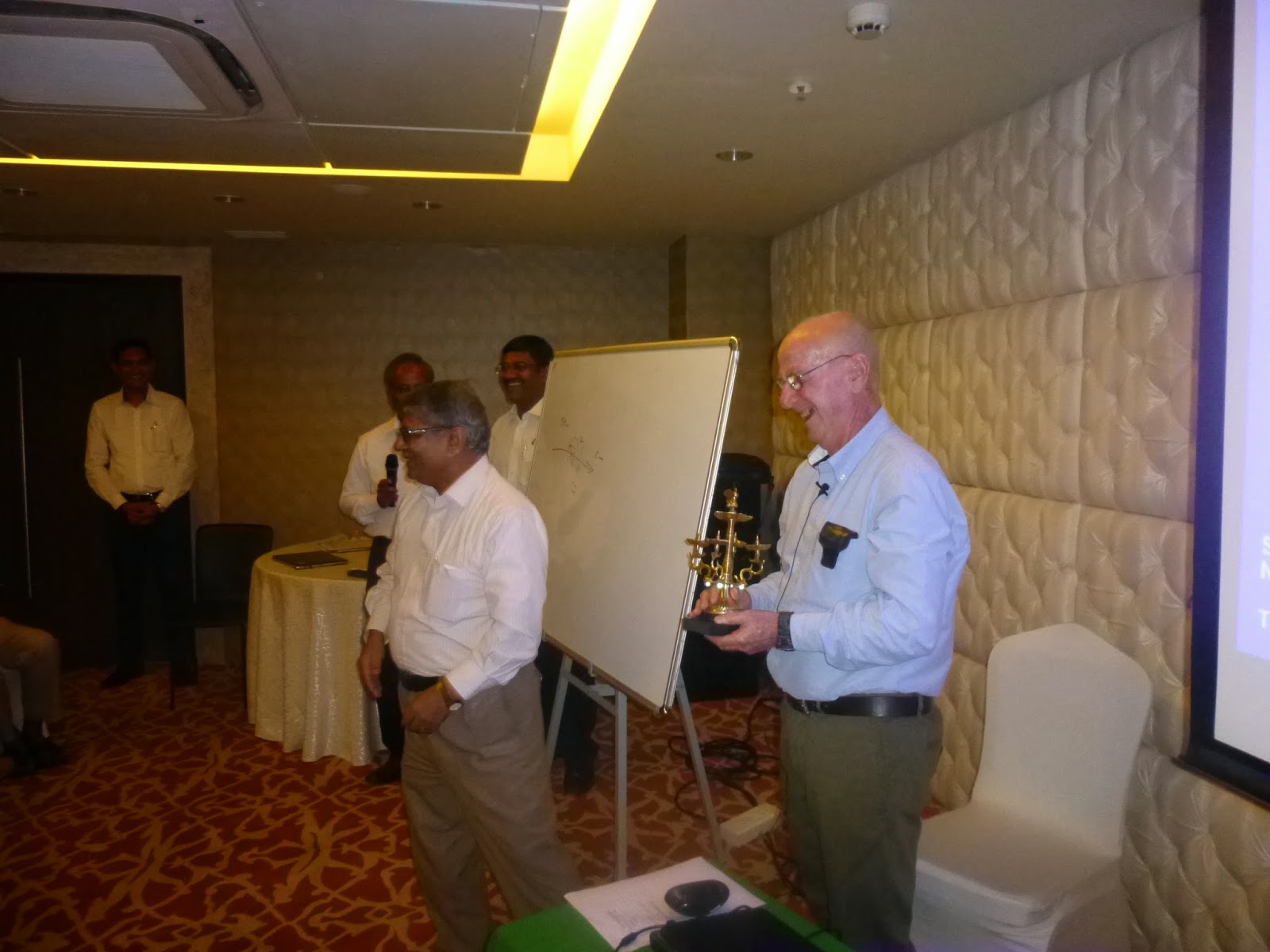 Program attended by more than 100 engineers of PWD , JICA & PMC-JICA and Contractors from Goa. Thank you all.
Our thanks to DOROT , Mr.Giora Heimann & Mr.Prasad Seth,Goa.

Posted by TECHNOMATICS at 03:03 No comments:


HCV vs ZVV vs Surge vessel vs One way Surge tank 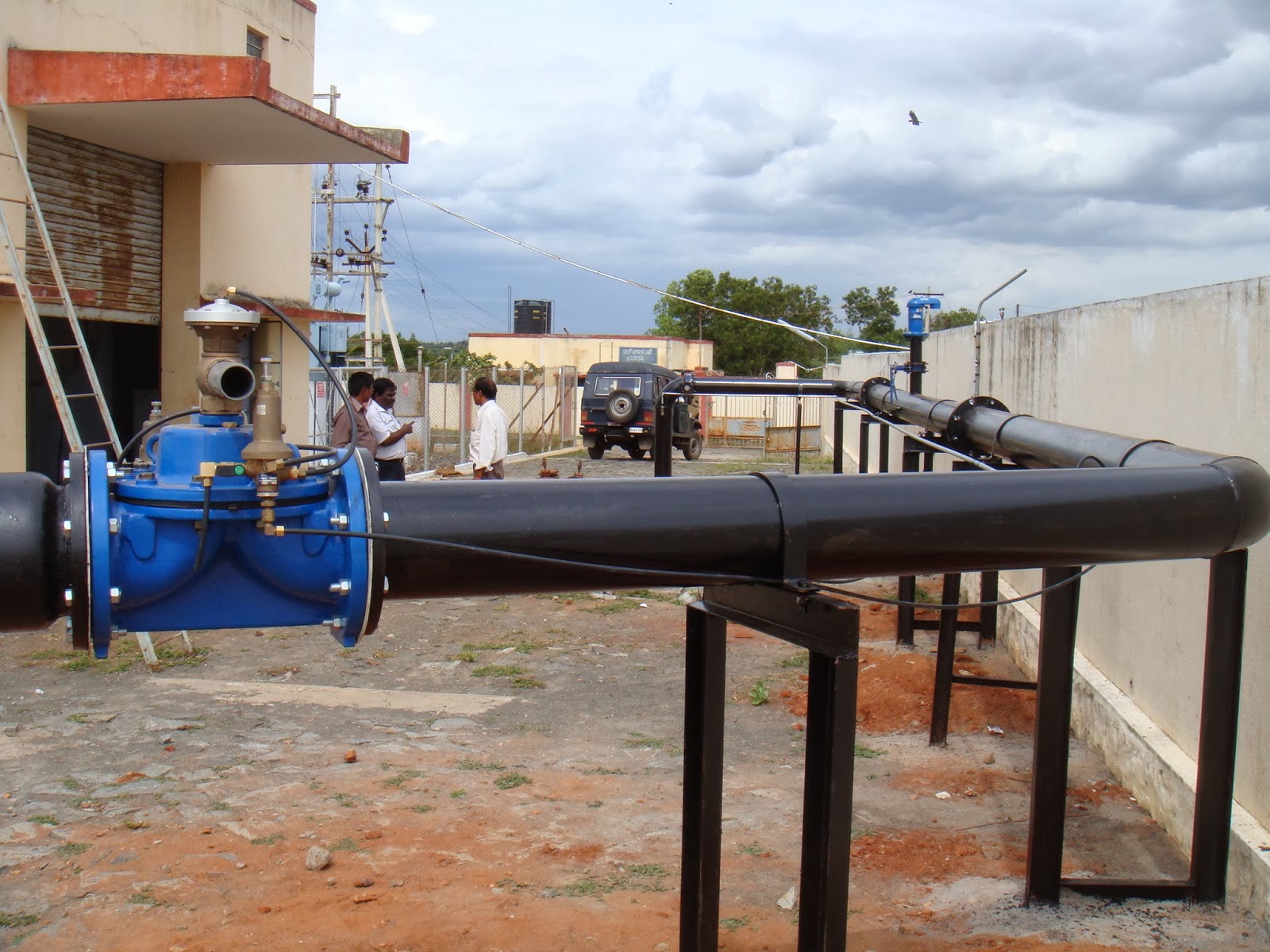 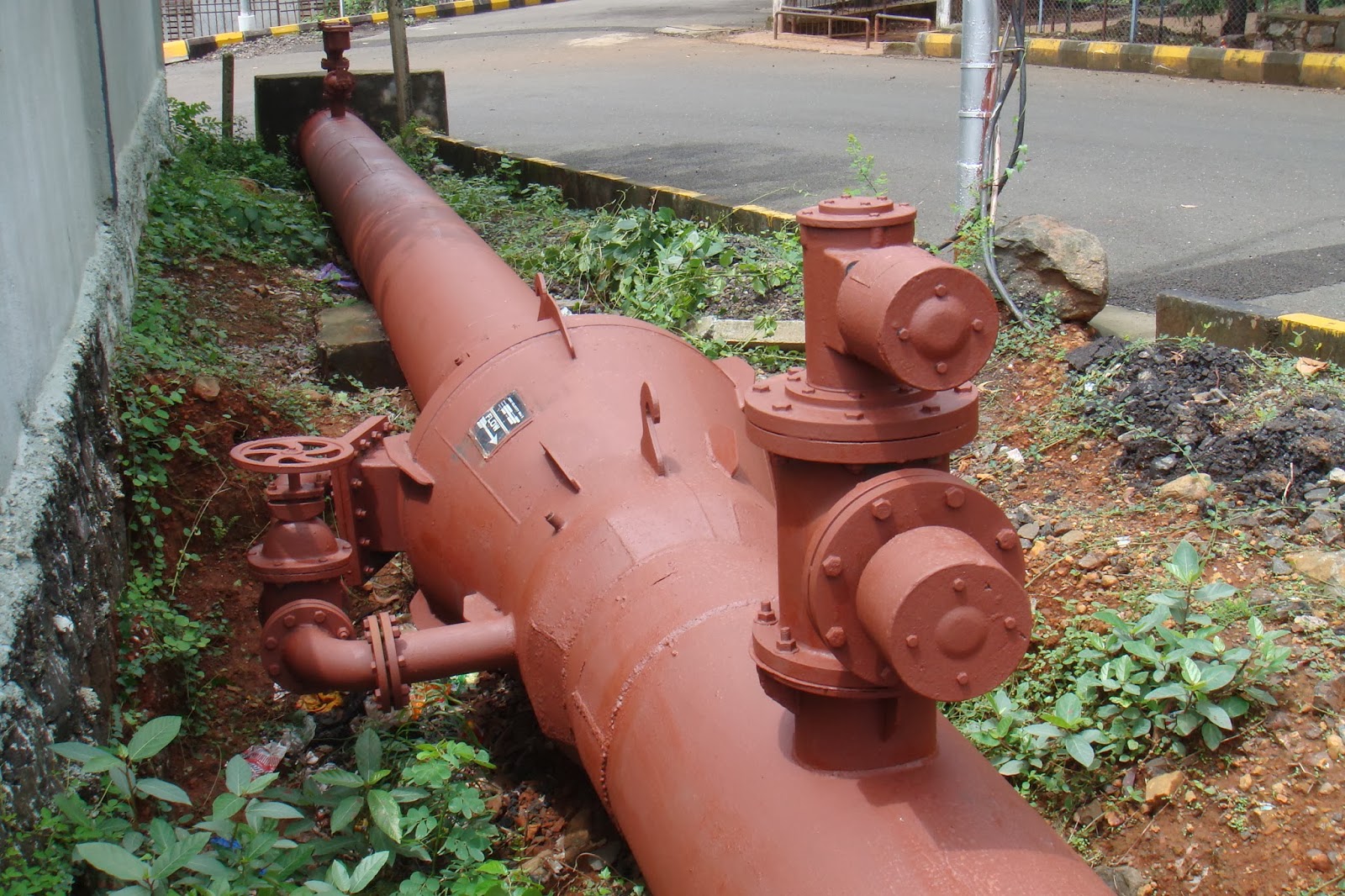 Surge vessel (Believe in this case is a hydro-pneumatic tank) is a closed tank, that contains a specific volume of water and the rest compressed air. It is located adjacent the surge- generating device (pump, valve), connected to the main by suitable pipe, fills the main by water on down-surge, and dissipates the kinetic energy of returning flow by re-compressing the air. 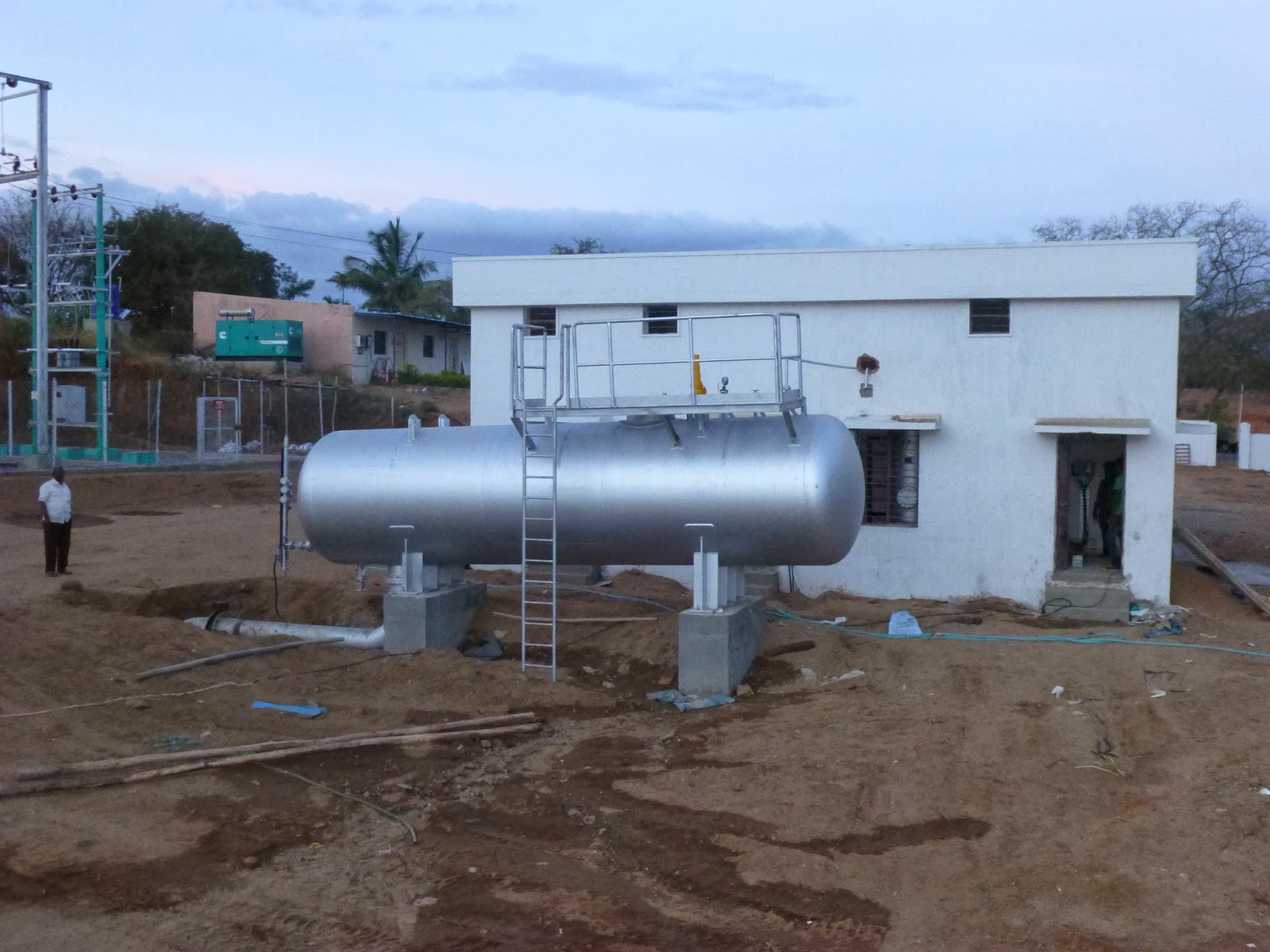 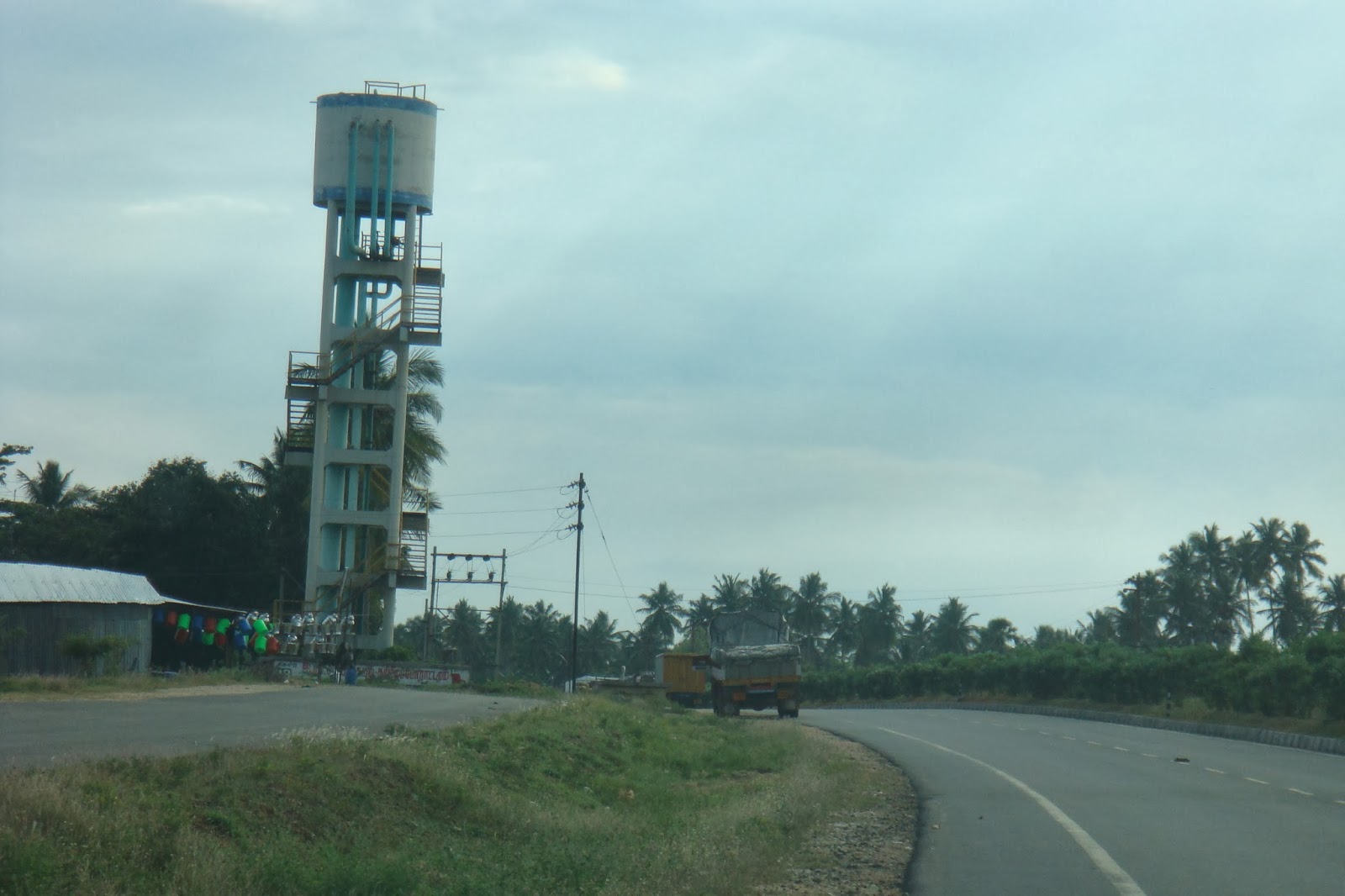 Installation of One Way Surge Tank

HCV vs ZVV: Water hammer is result of velocity change: kinetic energy of the water mass converted to pressure when the water decelerates or accelerates. The time of change is a very important factor: increasing the pace of the change reduces the magnitude of pressure spike.
Hence the solution provided by the two is entirely different and the efficiency depends on the conditions of the specific case.

Closed hydro-pneumatic tank is a very good solution for transient conditions, as it is practically an energy storage that is activated automatically when the pump energy is gone, and dissipates kinetic energy of decelerated water mass.

Open tank can be used only to prevent column separation by inserting water to the pipe in its location. It can replace air valve- but it can not prevent pressure spike caused by returning flow. Normally used in the peaks along the main.

Both are relatively-expensive solution; require professional maintenance, freshening of the water volume, special control valves. Closed tank requires also compressor[s] and sophisticated water-level control. The sizing of both types is a critical factor, as too-small tanks will not provide the expected results. Both cannot be inspected without simulation of the water-hammer, meaning stop of the pumping.
*****
Posted by TECHNOMATICS at 06:49 No comments:

*If the impeller is double suction, Q in the above equation is one-­half the BEP capacity of the pump. This is a major difference from calculating specific speed, in which we use total pump capacity, whether the impeller is single suction or double suction.
†Normally calculated at the BEP
The symbol Nss is often used in place of S for suction specific speed.
The value of S for most pumps is typically between 7,000 and 15,000. The higher values are more common in higher speed, higher capacity units. (See next month's article for additional discussion of the effect of speed and capacity on S.)

Calculate the suction specific speed for the pump represented by the performance curve in Figure A (Figure 2 from the May column).

Establishing a Maximum Value for S
For a number of years, the push from users and competitors required pump manufacturers to continually strive for lower values of NPSHR. The philosophy was that "The lower the NPSHR, the better the pump." (NPSHR in centrifugal pumps is normally reduced by increasing the diameter of the impeller eye, as shown in Figure 1.) That philosophy has now changed. Due to problems that have been attributed to oversized impeller eyes, pump users have established maximum values for S, which establishes minimum values for NPSHR.

Figure 1. To reduce NPSHR, the impeller eye diameter is increased.
Establishing a "Stable" Window of Operation


Every centrifugal pump would like to run at its BEP-always. All pump components would experience maximum life at that capacity.
Seldom does a pump run at its BEP, but component life will be significantly extended if it operates within its "stable" window of capacities.
To a large extent, suction specific speed indicates the size of that window. Pumps with lower values of S have larger windows.

Suction Recirculation, or the "Big Eye Syndrome" (Monster or Myth?)

For decades, industry recognized that centrifugal compressors would "surge" if operated below a certain capacity, but only more recently have we recognized that centrifugal pumps have a comparable characteristic.
We now know that any centrifugal pump will experience recirculation in the impeller eye if the capacity is below a certain value. Larger impeller eyes and higher speeds (i.e., higher peripheral velocity of the eye-U1) produce higher energy recirculation.
The large eye required to obtain low NPSHR leads to the problem of (higher energy) "eye recirculation" or "suction recirculation" (4). As shown in Figure 2, flow through the eye is proper at the BEP, but at some reduced capacity, recirculation starts in the large eye. As pump capacity is further reduced, the intensity of the circulation increases, sometimes resulting in a reversal of flow at the i.d. of the suction pipe, near the pump. If strong enough, this vortex causes cavitation, noise and pulsations. The capacity, at which this recirculation starts, increases as the eye diameter is increased.

Figure 2. Although resulting in reduced NPHR at the BEP, the large eye creates eddies and recirculation at reduced flow rates.
When the vortices are strong enough to cause cavitation, the vapor bubbles collapse on the driving side, or pressure side, of the impeller vane, near the eye. If the vane twists as it enters the eye from the larger diameter, this part of the vane cannot be seen by looking directly into the eye, but must be viewed with the assistance of a small mirror.

Numerous technical papers and articles reported problems caused by suction recirculation, but none quantified the phenomenon until Hallam (5) reported in 1982 the results of a 5 year study of 480 centrifugal pumps in Amoco's Texas City refinery. Most of these pumps were in hydrocarbon services. The remainder pumped water. The average power requirement was about 150 hp and the maximum was 1,000 hp.
Figure 3 shows the results of the study. The pumps were divided in groups according to their suction specific speed. The average numbers of failures/year/pump were plotted for each group. A failure was defined as any problem with the pump that required service in the refinery repair shop. The graph shows an increase in failure frequency of almost 100 percent above an S of about 11,000.

The logic contained in some of the papers on suction recirculation is not totally rigorous. Most of the symptoms attributed to recirculation can be attributed to other centrifugal pump phenomena. The high S attributed to some centrifugal pumps has also been found to have been obtained by improper methods of NPSH testing. Ross (6) claims that the problem of suction recirculation has been distorted-that it simply boils down to inadequate NPSHA.
Regardless of the reason for the problem-whether it is suction recirculation, improper methods of testing or just inadequate NPSHA-Hallam's paper clearly shows that a pump with a suction specific speed greater than 11,000 should be selected with caution.
This finding caused a number of companies to prohibit the purchase of a pump with a suction specific speed in excess of 11,000.

A four-stage pump is operating on an offshore platform in waterflooding (secondary recovery) service. Figure 4 is a redrawn copy of the performance curve provided by the pump manufacturer. The pump is equipped with a double suction, first stage impeller.
Calculate the suction specific speed:
S =

= 12,000 (RPM-GPM-FT)
Would you suspect that this pump could be a problem? Yes, and it was.
The first stage impeller would periodically experience cavitation-erosion on the pressure side of the vanes, throwing the rotor out of balance and causing excessive vibration.

Figure 4. The vendor performance curve for the water flood pump

Posted by TECHNOMATICS at 21:13 No comments: